Home » Self Care Ideas » 10 Warning Signs Of a Psychopath — (Signs to Look Out For!)

10 Warning Signs Of a Psychopath — (Signs to Look Out For!) 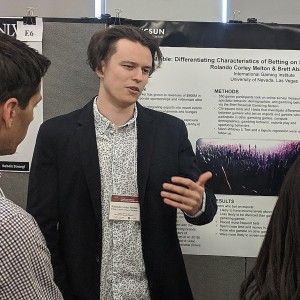 When we hear the term psychopath, the majority of us get an image of a dangerous villain. The reality is the average psychopath is someone you probably encounter every week.

FinditHealth found that psychopaths demonstrate a wide variety of deviant behaviors. These range from an absence of conscience to highly impulsive and superficially charming. Keep reading for ten warning signs of a psychopath to help you look out for who you might meet.

Table of Contents show
10 Warning Signs Of a Psychopath — (Signs to Look Out For!)
10 Signs Of A Psychopath
1. They Are Overconfident
2. No Empathy
3. Highly Intelligent
4. Disregard Rules And Laws
5. They Are Superficial & Fake
6. No Understanding Of Emotion
7. Extremely Impulsive
8. They Never Apologize
9. Lying
10. Blame Others

10 Signs Of A Psychopath

There is nothing more attractive than meeting someone who exudes self-confidence. While this is healthy and attractive, too much of it may be a red flag. One psychopathic trait is that they will be overconfident and even have a sense of entitlement around them because they consider others to be inferior to them.

Everyone is different in how they process and display emotions. Some people are deeply in tune and care about the feelings of others, while some are indifferent. Psychopaths, however, are entirely different and can not empathize with others. This is because they are only interested in what increases their gain and have zero lack of empathy.

A psychopath will not react to your emotions, have a lack of remorse, or display any feelings of their own. This could show them not being excited for you when you get good news and not being supportive and encouraging when you are upset.

When it comes to psychopaths in real life, the majority are not violent criminals. They are most likely knowledgeable individuals who fail to blend into society. Through research, it has been shown that psychopaths have higher IQs than the average population. Through this high IQ, psychopaths have a natural advantage in many fields such as business and politics.

They use their IQ to analyze a situation and other charms and manipulations. Many psychopaths are natural-born leaders because of characteristics such as high charisma, self-centeredness, and dominance.

An average psychopath does not have a code of ethics like most people in society. This encourages them to behave in illegal and unethical ways, such as inappropriate comments or even crime and violence. Not having an ethical code makes them reckless and further promotes risky behavior. It is important to note that not all psychopaths are violent criminals.

Still, many people who commit violent crimes have this non-ethical code trait. This sign of a psychopath indicates their lack of morals, conscience, and empathy, meaning they do not have the same sense of ‘right and wrong’ as most people do.

5. They Are Superficial & Fake

Psychopaths know how to captivate an audience into getting what they want by using superficial charm. They appear very nice and friendly, but this is merely used to gain the attention and valuation they seek to fulfill a higher goal. This is typically a goal of themselves for power or money.

If you are questioning how to determine if a person is genuine or not, try to spot the hidden meaning behind what they are asking or presenting. This is not a good sign if they are attracting people who only advance them in life. Neither is someone acting friendly and charming when they only need something.

6. No Understanding Of Emotion

Psychopaths cannot understand the essential nature of human emotion, and it has no meaning to them. Through research, we realized that psychopaths have something missing in their brains, so they are hardwired not to feel emotion. They do not feel fear, excitement, love, and compassion. They get close to people because it’s convenient for them or will help them achieve a personal goal.

A telltale sign of a psychopath is that you will never see them truly happy or sad. Instead, their face will appear blank because they lack understanding of these emotions and do not know how to display any emotion. They are smart enough to mimic the appearance of normal emotion sufficient to blend in with society. Still, on an initial level, you will see the difference.

While a healthy dose of impulsive nature can be beneficial, too much of it is a significant red flag. Psychopaths are famously known for being rash and jumping into any decision or event without thinking. If a psychopath feels like doing something, they will do it. They don’t understand consequences or risk because they seek the danger and thrill of these experiences. They thrive on impulsive behavior and even harmful behaviors at times.

While this isn’t a direct example, watch how a person drives and behaves on the road. This could be a red flag if someone has serious road rage, such as yelling at other cars or driving in an overly rash and careless way. The same goes for anyone that constantly seems to be on a death trip and doing risky things all the time.

Psychopaths live in danger and thrill, ignoring potential damaging long-term consequences. This impulsivity also leads to many personal and social problems such as excessive spending and drug and alcohol addiction.

People with psychopath traits will never apologize or even say a heartfelt sorry. They have a lack of genuine remorse and no guilt response or empathy. Instead of vocalizing and admitting when they were in the wrong, they will offer lengthy explanations for why they messed up and often blame others and external surroundings. When a psychopath is forced to apologize, it will not be sincere and appear very fake most often.

This is due to psychopaths having abnormalities in their brains that create normal fear responses. These areas in the brain also are linked to decision-making and impulse control. Because they don’t process these responses, they aren’t concerned with owning their actions and taking accountability for themselves.

This is one of the hallmark signs of a psychopath in that they make up stories and lie a lot. This can be a false identity to lure people in or putting on a show to develop inappropriate relationships that accomplish a higher purpose or goal in their life. They do this by exaggerating the truth, behaving egocentrically, and manipulating people to think and feel how they want them to act. The average person will feel guilty or worried about being caught in a lie. Still, a psychopath sees no issue or concern.

We can’t always control who we encounter in life, but now you have the tools to spot the warning signs of a psychopath. This can be especially helpful in the online dating world!

Researchers from FinditHealth encourage you to listen and look out for any warning signs of a psychopath if you encounter one, best to heed the warning and run for the hills.

We use cookies on our website to give you the most relevant experience by remembering your preferences and repeat visits. By clicking Accept, you consent to the use of all the cookies.
Cookie settingsACCEPT
Manage consent

This website uses cookies to improve your experience while you navigate through the website. Out of these, the cookies that are categorized as necessary are stored on your browser as they are essential for the working of basic functionalities of the website. We also use third-party cookies that help us analyze and understand how you use this website. These cookies will be stored in your browser only with your consent. You also have the option to opt-out of these cookies. But opting out of some of these cookies may affect your browsing experience.
Necessary Always Enabled
Necessary cookies are absolutely essential for the website to function properly. This category only includes cookies that ensures basic functionalities and security features of the website. These cookies do not store any personal information.
Non-necessary
Any cookies that may not be particularly necessary for the website to function and is used specifically to collect user personal data via analytics, ads, other embedded contents are termed as non-necessary cookies. It is mandatory to procure user consent prior to running these cookies on your website.
SAVE & ACCEPT
Scroll to Top